I finally had time to go to a football game. Of course I was not just going to enjoy and watch game since I’m passionate about photography. I packed my gear and head to the field on Friday eve. I knew the stadium did not have proper lighting and I was bit worried that there won’t be enough light to take photos with fast shutters speed. Clouds also looked dark and I took a plastic bag with me just in case so I could wrap my camera with the bad in case it was going to rain heavily. I know my D600 can resist water alright, but hey! why risk it?

So when I got the scene, I showed my access pass at the gate, went to get my photographing sleeve and walk to the sidelines of the pitch. There were couple other photographers too. It nice how all the photographers talk to each other at the scene even they don’t know them personally. Maybe it happens cause the photography community in my hometown is quite small.

When the game started, I did not do that great job in the beginning. I kept missing key shots and almost had to slap myself to wake my brains again. Luckily it start going better near the end of first half and I managed to get couple decent shots. What bugs me is that it feels like my lens is missing focus every now and then and I think I need to look into that issues (maybe calibare the focus at 300mm). End of second half was kind of a pain to shoot. Since the field did not have any artificial lighting and sun was setting, it became really dark. Even the new photographer who was shooting the match said that its getting way too dark to shoot properly. Since I can do only 5.6 @ 300mm I had to shoot the pics but underexposed and correct them in Phototshop. I do shoot raw only and this was again a great reminder why to shoot raw.

Anyway, it was a nice game. My team lost 0-2 to the visitors from Helsinki, but oh well… You can’t win every time.  You can find the gallery of the pics HERE

and here’s one pic from the show: 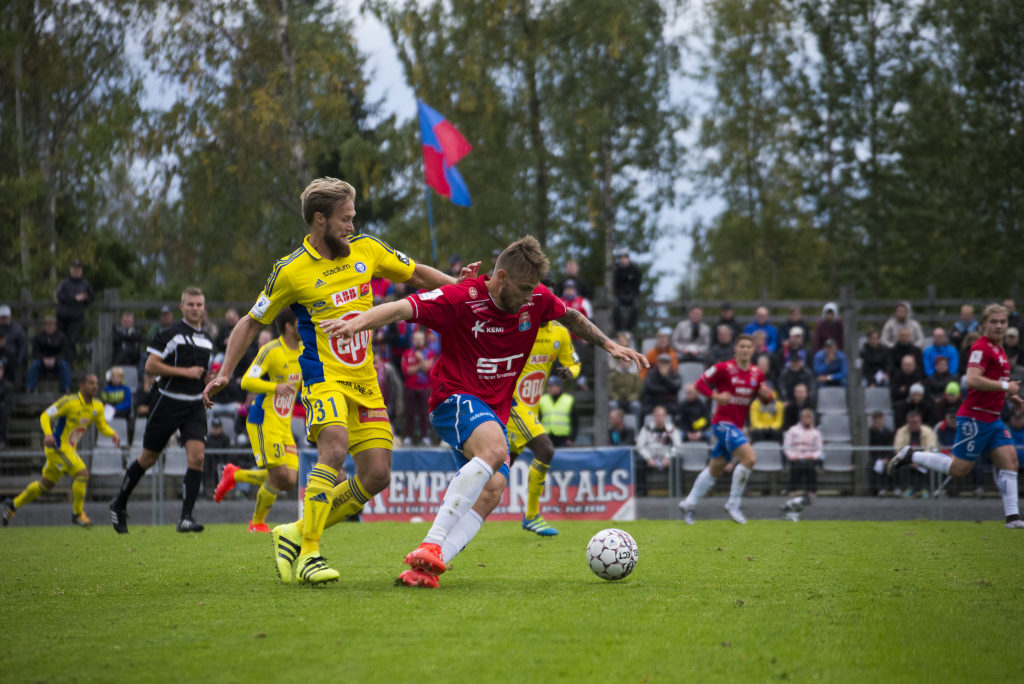